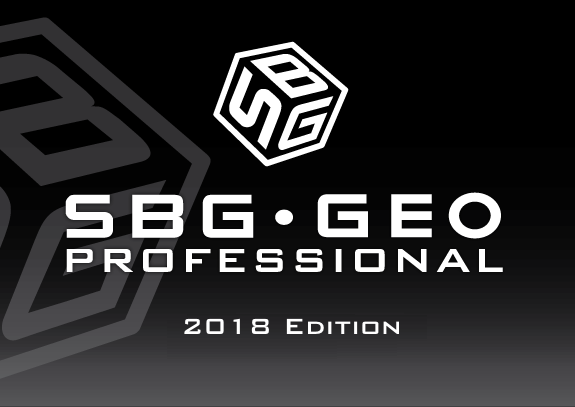 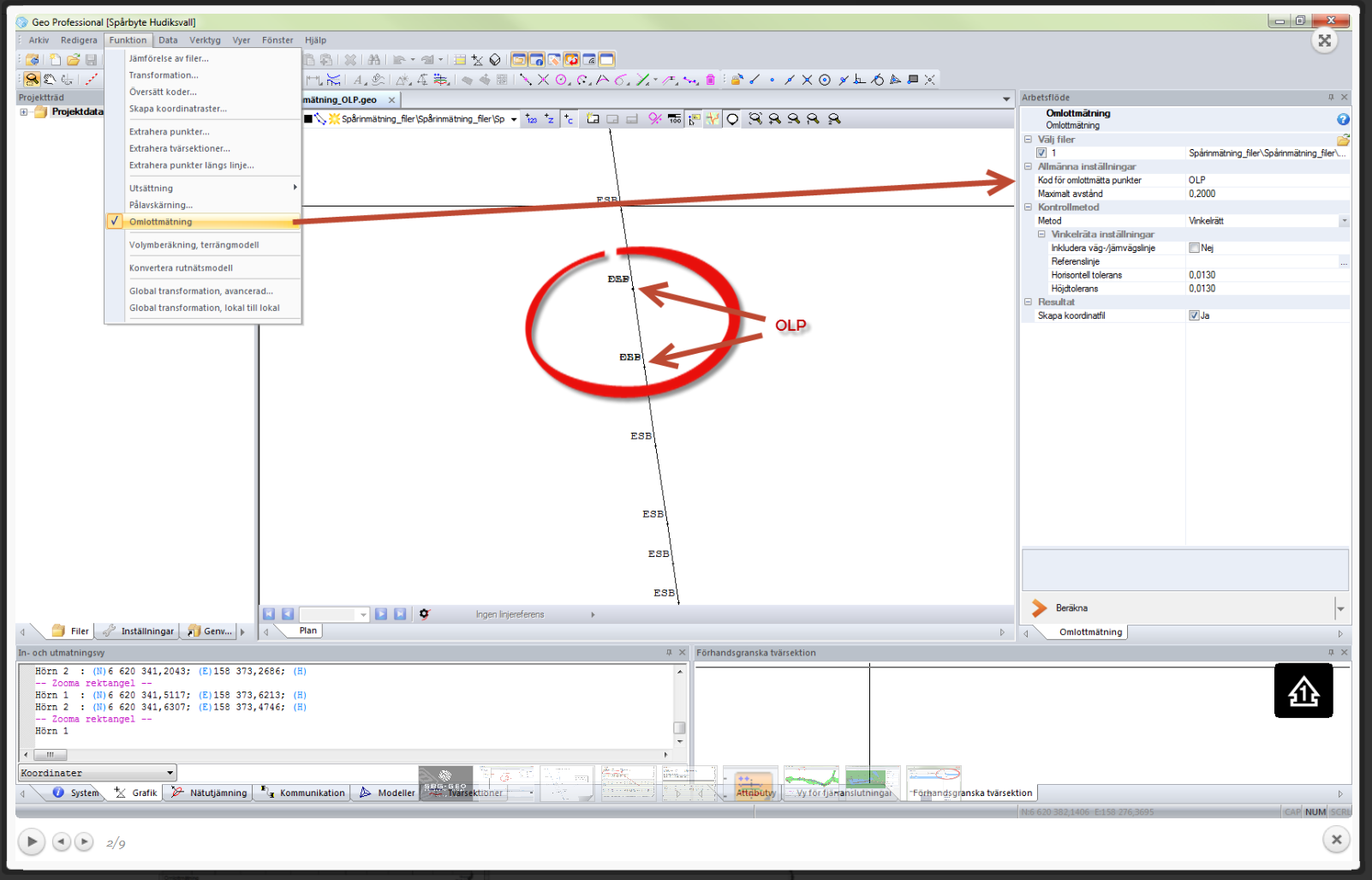 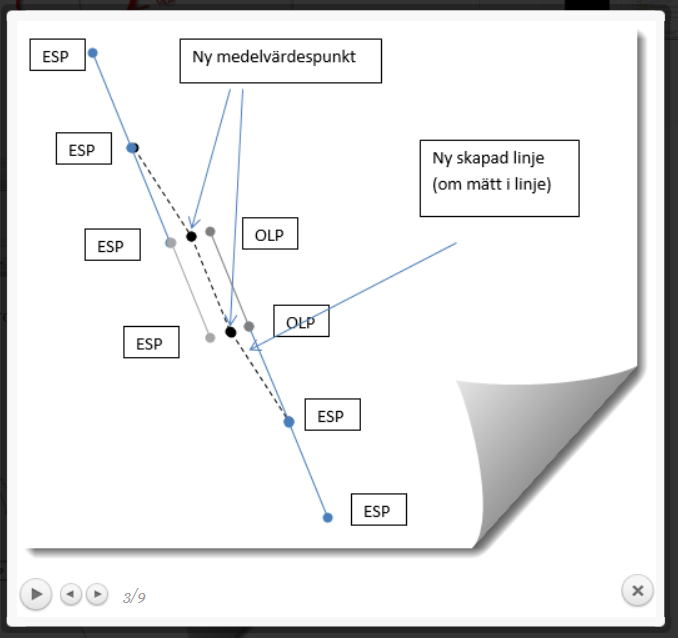 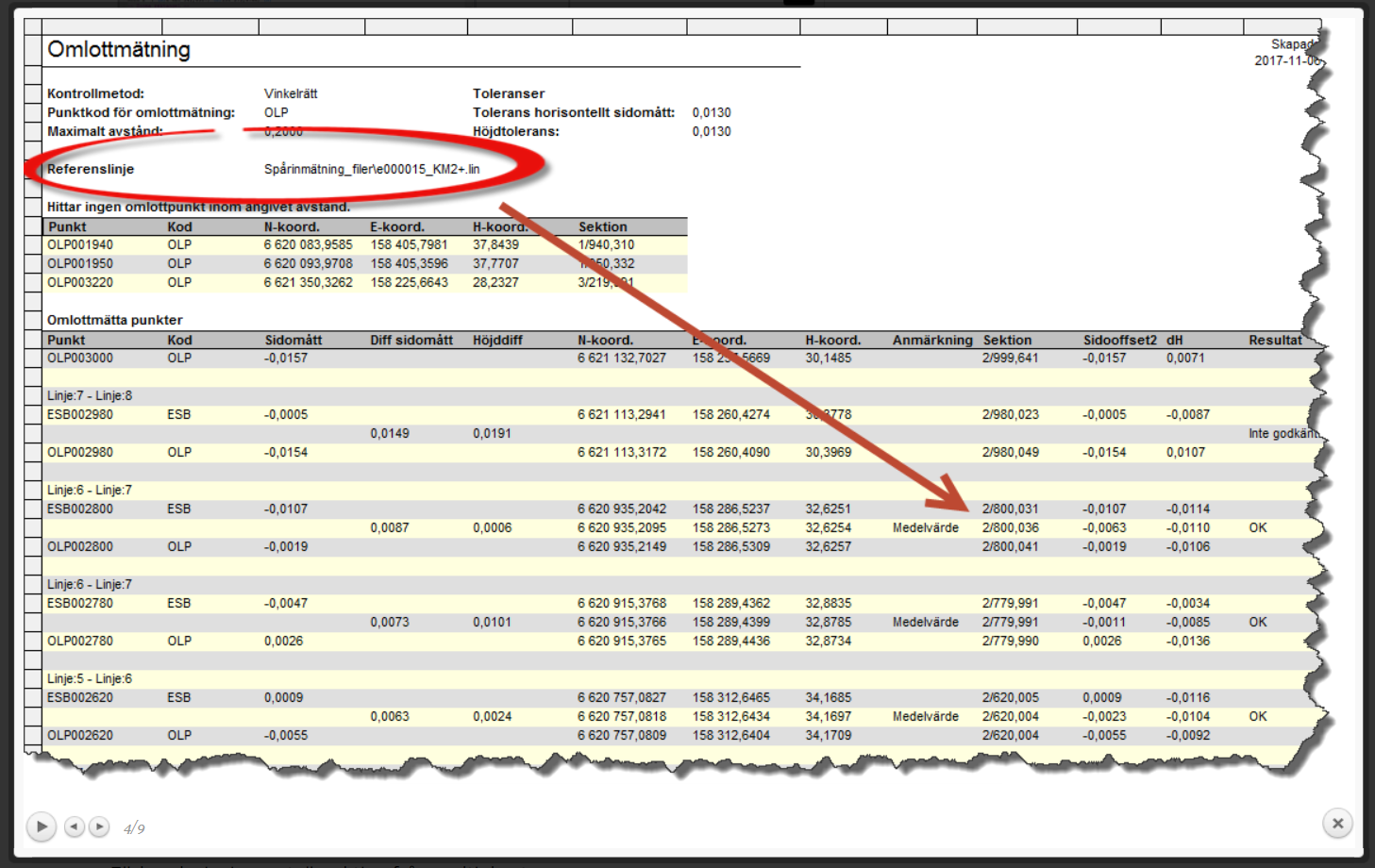 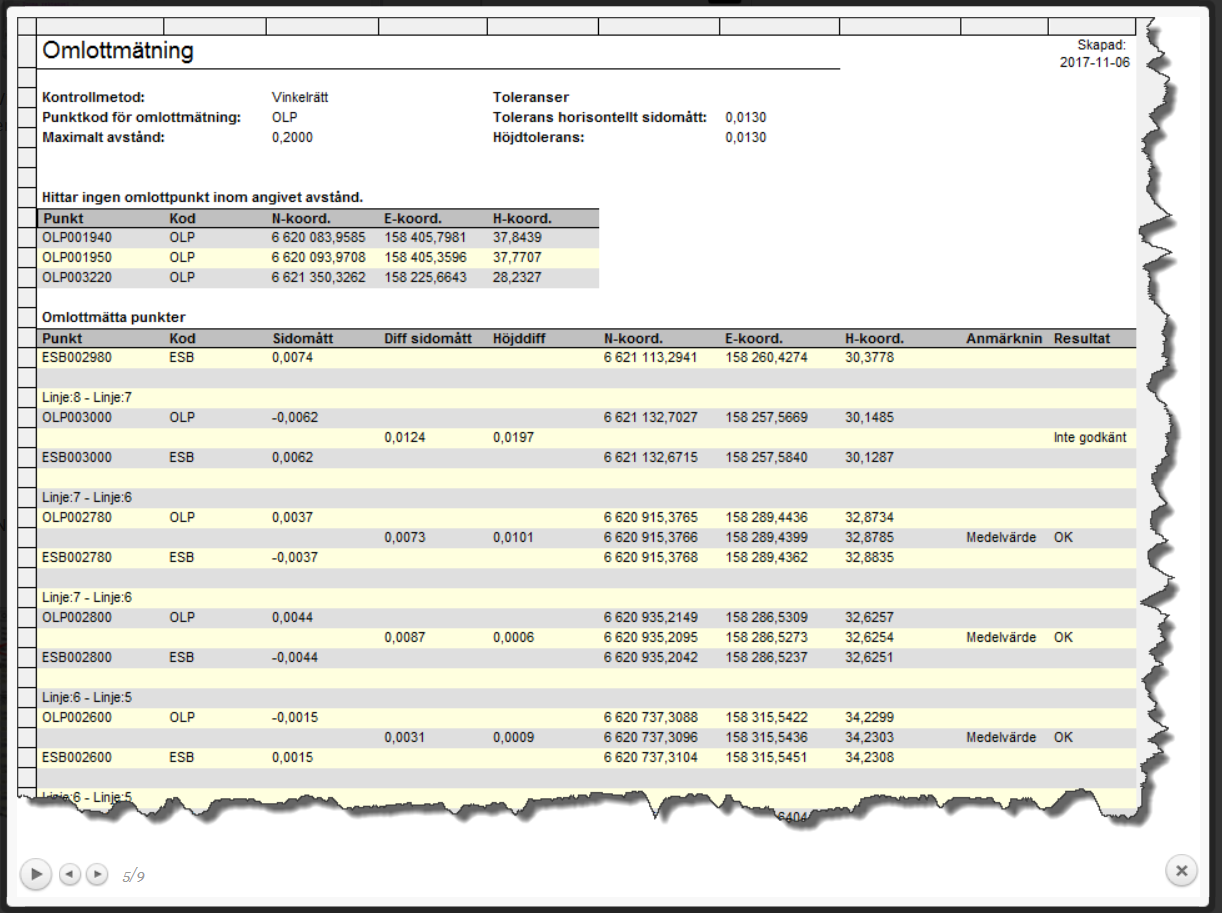 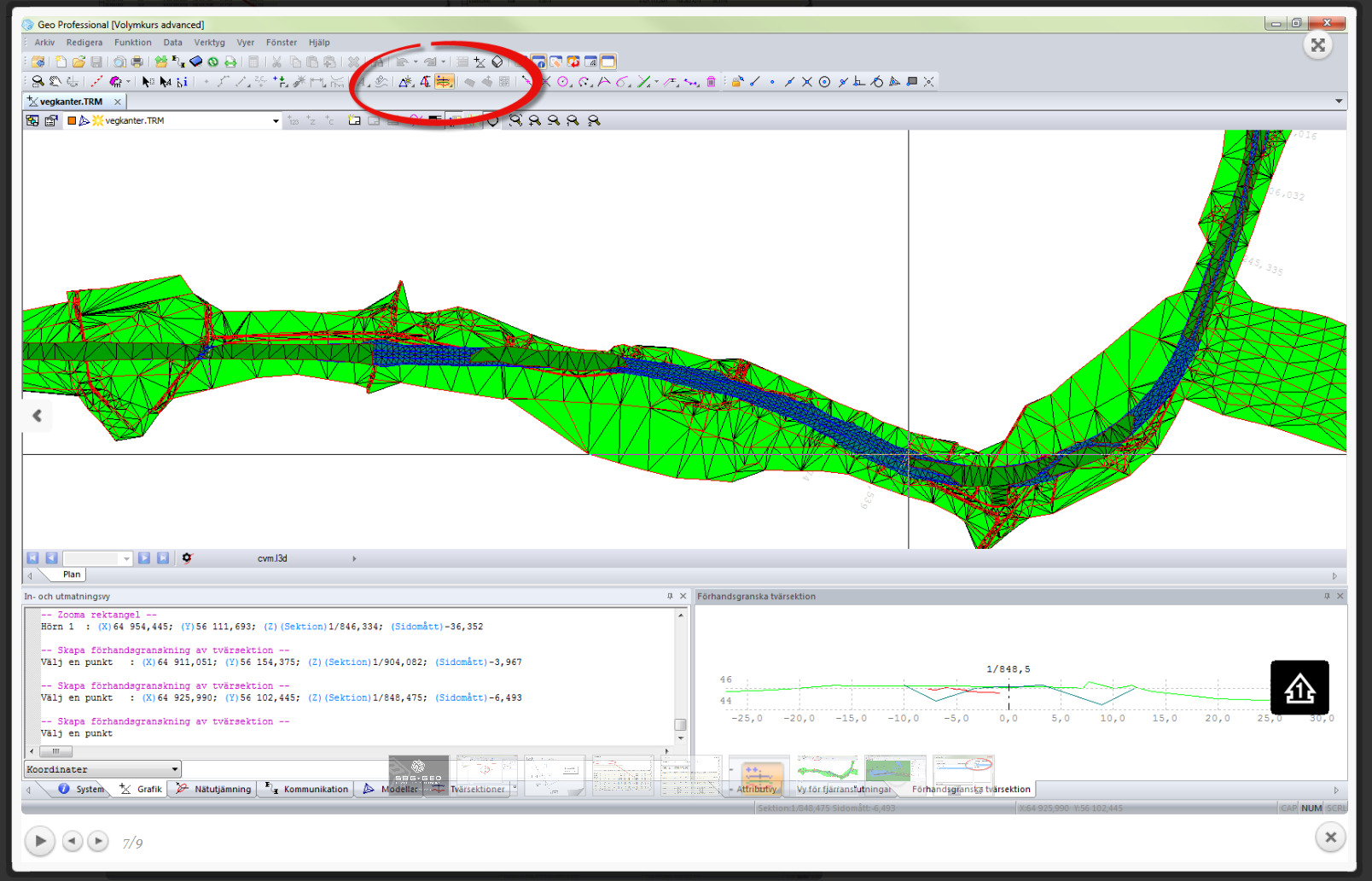 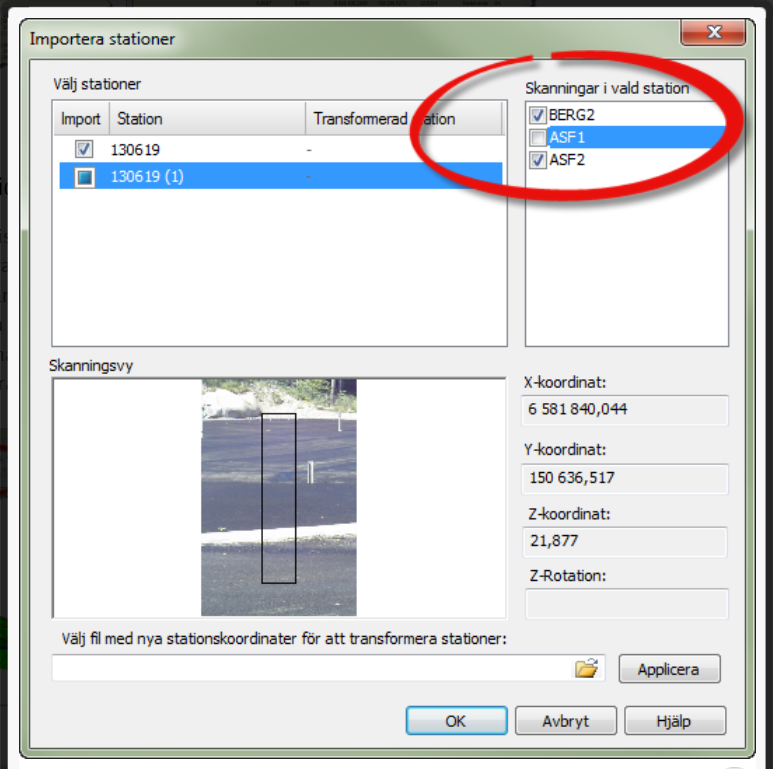 The GS18 T RTK rover combines seamlessly with the completely engaging Leica Captivate software for a powerfully immersive experience. Through the simplicity of touch, management of complex data is made extraordinarily enjoyable and actionable.Leica Captivate spans industries and applications with little more than a simple swipe, regardless of whether you work with GNSS, total stations or both.

While Captivate captures and models data in the field, Leica Infinity software processes the information back in the office. A smooth data transfer ensures the project stays on track. Captivate and Infinity work in conjunction to join previous survey data and edit projects faster and more efficiently.
With integrated quality assurance, this GNSS RTK rover records how the pole was levelled during the measurement and stores the values, ensuring measurement traceability and complete quality reporting.

Through Active Customer Care, a global network of experienced professionals is only a click away to expertly guide you through any problem.

In a controller or tablet, take your entire office on the go when you discover the power to overcome any environment from the palm of your hand. The Leica CS20 controller and Leica CS35 tablet provide the ultimate in control and convenience with complete mobility. Touchscreen technology allows for comfortable and quick data processing while a stunning 3D view transforms your GNSS experience.

Speed is the name of the game: Q&A with Leica Geosystems GNSS Business Director Bernhard Richter

The use of terrestrial laser scanning (TLS) for archaeological applications has escalated in recent years and this relatively new technology is altering how archaeologists are approaching the past’s material record. At the most fundamental level TLS provides extraordinarily precise three-dimensional (3D) digital surface models of moveable artifacts, buildings, site terrains, and even entire landscapes. TLS’s ability to cost effectively provide accurate and highly detailed documentary data in minimal amounts of time has largely contributed to its rising popularity (Image 1).

TLS is an automated technique that uses patterned laser light to measure surfaces and does not require physical contact with the object or feature. Once the area of acquisition and laser light density (ranging between a data point every millimeter to several centimeters) are selected, the positioning and travel time of the laser light is measured, calculated, and placed into a point cloud – an analyzed set of measured 3D points that are representative of a surface. Millions of points can be detected, accurately recorded, and processed within a short amount of time. The point clouds from multiple scans are typically stitched together into a single unified point cloud through a process called registration, which captures every aspect of the subject from all sides and angles. TLS can be directly georeferenced to known control positions and is already replacing traditional surveying instruments used to obtain geospatial measurements at archaeological field sites.

After the point cloud data is processed, it is often combined with other acquisition methods such as photogrammetry to produce realistic ultra-high resolution textured 3D digital surface models.  Additionally, some laser scanners have the built-in ability to capture digital photographs and seamlessly blend these images with the point cloud. Within the fields of archaeology and cultural heritage management, these generated 3D models are often used for basic recording of topographic conditions, documentation of artifacts, spatial analyses, monitoring and detecting damage to artifacts and buildings, and public exhibition.

TLS’s capability to greatly enhance surficial data acquisition with added time and cost benefits attracted the interest of archaeologists at the United States Army Corps of Engineers (USACE) Engineer Research and Development Center, Construction Engineering Research Laboratory (ERDC-CERL). ERDC-CERL perceive the application of this technology as an ideal opportunity to increase the United States (US) Army’s ability to properly maintain and manage its cultural resources located within military installations and are currently demonstrating the utility of TLS to inform various resource management plans.

An example of the benefits that TLS data brings over traditional site recordation is demonstrated through a project undertaken for the US Department of Veterans Affairs, National Cemetery Administration of a military section of the Mt. Moriah Cemetery in Philadelphia, Pennsylvania. A defining visual characteristic of military cemeteries that distinguish them from private or public cemeteries is the uniform appearance of the stone grave markers. Historically, military grave markers were carved and hand engraved by local stone masons, resulting in slight regional variations in stone and letter font style. Over time the style of the grave markers and lettering fonts have also evolved to the extent that a knowledgeable observer can quickly identify a stone to broad historical periods based on stylistic cues alone. Many of the military tombstones at the Mt. Moriah Cemetery, some dating back to the early 1840s, have become so degraded and weathered that they are no longer legible. The VA National Cemetery Administration plans to replace damaged stone grave markers with ones that match the original font, profile and dimension, thus maintaining the visual integrity of the cemetery sections. TLS was deployed to scan the best preserved grave markers for each historical period in order to recreate 3D fonts for replacement markers. The newly produced stone grave markers will perfectly match surrounding markers in every detail (Image 2).

Image 2: Point cloud data of a grave marker located within Mount Moriah Cemetery, Philadelphia PA. In this example the point cloud data has been enhanced with color information derived from digital photographs. Scan by ERDC-CERL for US Department of Veterans Affairs, National Cemetery Administration

TLS was also recently used to record the interior and exterior of a mid-19th century structure located within Carlisle Barracks, Pennsylvania as part of the Historic American Buildings Survey. These specific types of surveys are often conducted prior to modification of historic structures – such as refurbishing or remodeling. The building in question initially functioned as a residential farmhouse, was then modified for use as a school, and eventually served as US Army officer’s quarters. The installation managers are in the process of determining if the building should undergo renovation to serve future needs, or if the structure should be relocated and instead utilized for education, recreation, or public outreach purposes. TLS was conducted alongside more traditional surveying methods such as hand measurements and drawings. TLS data were collected in less than one-third the time and able to demonstrate that the structure is twisting as the foundation continues to settle. This detail, which was not identified by the hand measurements, is critical information needed for judging the structural stability of the building and determining the feasibility of continued use of the site.

Finally, TLS was similarly used to record and analyze engineering characteristics of World War II era structures located within Fort Campbell, Kentucky. These types of structures are fairly common on military installations across the US and are creating widespread concerns for installation managers. As with many older structures, they tend to be deemed energy inefficient when compared to modern building standards. Their wall structure, however, is not robust enough to allow for the adequate addition of traditional insulation to increase the R-value (a measure of thermal resistance) of the building. To help the US Army meet current green initiatives, ERDC-CERL is testing a new insulation technique to retroactively increase the insulating property of a building requiring minimal structural modifications. In this instance, TLS data were overlaid with thermal camera images to create before and after comparative data sets. The generated 3D models will be used to evaluate the performance of the prototype insulation (Image 3).

ERDC-CERL plans to continue to develop and apply TLS to assist the US Army with more efficiently operating, maintaining and managing its cultural resources located within military installations. The applications for this technology appear endless and only time can reveal the true value of this technology.

Carey L. Baxter has worked as an archaeologist for the United States Army Corps of Engineer’s Engineer Research and Development Center, Construction Engineering Research Laboratory (ERDC-CERL) in Champaign, Illinois since 2004.  She specializes in geospatial and geophysical data collection and analysis.

Stephen E. Jankiewicz, RPA is a doctoral student at the University of Illinois at Urbana-Champaign (UIUC), and a Graduate Research Fellow at the United States Army Corps of Engineer’s Engineer Research and Development Center, Construction Engineering Research Laboratory (ERDC-CERL) in Champaign, Illinois. 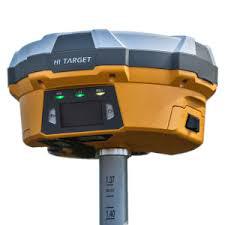 The report organizes the GPS & GNSS Receivers market across the globe into distinct portion based on industry standards. It also distinguishes the market based on geographical regions. The GPS & GNSS Receivers report mainly throws light on dominant players in the regions of (United States, EU, China, and Japan). Other regions can be added accordingly.

Market.Biz is designed to provide the best and most penetrating research required to all commercial, industrial and profit-making ventures in any sector of online business. We take pride in our ability to satisfy the market research needs of both domestic and international businesses.

This release was published on openPR. 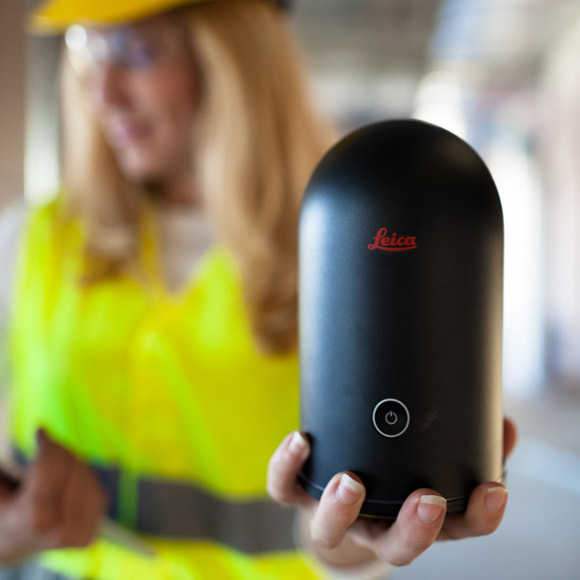 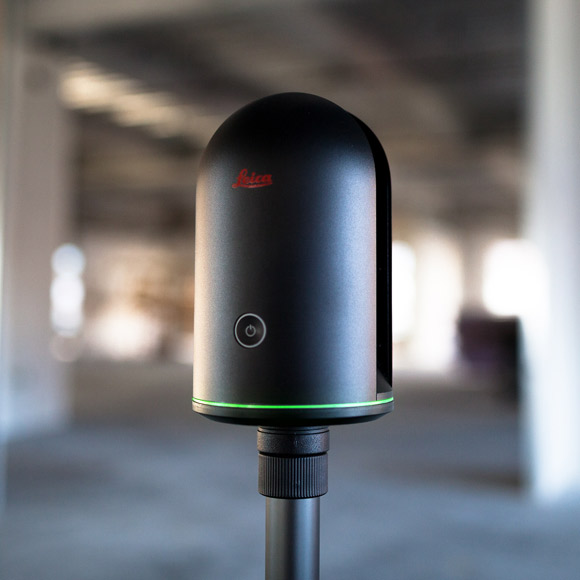 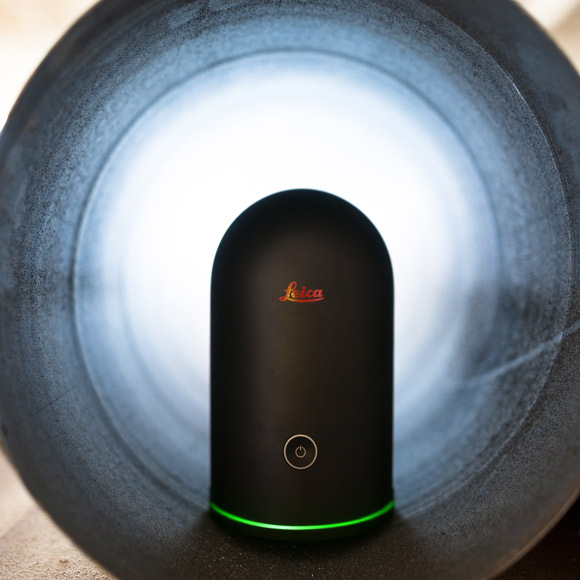 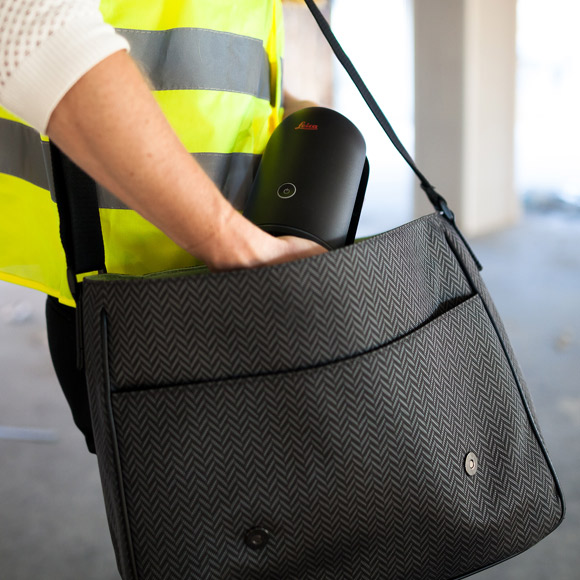 The revolutionary Leica BLK360 laser scanner has been announced by Leica Geosystems.

This amazing laser scanner is small enough to fit in your hand but powerful enough to deliver full 360° reality capture in under 3 minutes.

Leica have developed the BLK360 to bridge the gap between scientific-grade 3D laser scanners and emerging camera and handheld technologies.

This is the next generation of laser scanner. It empowers every AEC professional to realize the benefits gained by incorporating high resolution 360° imagery and 3D laser scan data in their daily work.

Options to transfer data from tablet to the office: